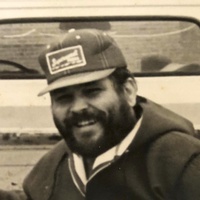 He was born May 22, 1949, in Lexington, Nebraska, to Marion Miles and Lois Helen (Keohn) Adams. He was a 1967 graduate of Lexington High School.

Steve served his country during the Vietnam War from April 1, 1969, until his honorable discharge on April 7, 1971. He was united in marriage to Linda Yost in the summer of 1974. Two children were blessed to this marriage; Sara and Gus. The marriage later ended in divorce.

He lived in several places for a time; including, Lexington, Johnson Lake, Loomis, and Kearney. He held several jobs throughout his lifetime. His most recent job was a paper distributor for the Omaha World Herald and Lincoln Journal Star.

Steve enjoyed football, watching the Stock Market, hunting, fishing, gambling, but perhaps his greatest enjoyment was spending time with the kids, and grandkids. He loved to Facetime on the computer with the grandchildren.

Steve was preceded in death by his parents; and one brother, Roger.

It was Steve’s wishes for his body to be cremated. A family memorial gathering will be held at a later date.

Reynolds-Love Funeral Home in Lexington is honored to be assisting the family with arrangements. Please share online condolences with the family by visiting: reynoldslovefuneralhome.com.