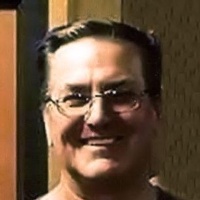 On September 29, 2018 Donald Lynn Coover Sr. loving husband and dad to four grown children passed away at the age of 70 at the Lexington Regional Health Center in Lexington.

Donald was born on May 18,1948 in Gothenburg to Dale and Pauline(Hemphill) Coover. Donald drove truck after graduating from Lexington Sr. High School. He was drafted into the Army in 1968 and then was in the National Guard where he served until 1992. During his career outside the military he was an over the road truck driver until taking a job with the Nebraska Department of Roads. He retired in 2016 after 26 years of employment with the Nebraska Department of Roads.

Donald had a passion for working on cars, mud drags, playing pool and fixing things in the family home of 40+ years. He was dearly loved by family and friends. He was one to help when family or friend was in need.

He was known for his infectious smile and his kind and compassionate heart.

Donald was preceded in death by his father Dale, mother Pauline and two brothers Jerry and Franky.

Visitation will be held Thursday, October 4, 2018 from 5-7 p.m. at Reynolds-Love Funeral Home in Lexington.

Funeral services will be held Friday, October 5, 2018 at 9:00 a.m. at the First United Methodist Church in Lexington with Rev. Anne Gahn, officiating.

Interment with military honors will be in the Fort McPherson National Cemetery at Maxwell, Nebraska.

Memorials in lieu of flowers are suggested to the family.

Reynolds-love Funeral Home in Lexington is honored to be assisting the family with arrangements. Please share online condolences with the family by visiting: reynoldslovefuneralhome.com.