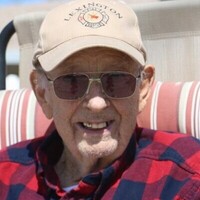 Eldon Dean Wheeler, 88, of Lexington, Nebraska died peacefully Monday, May 24, 2021 at the home of Tim and Dianna Wheeler in Neligh, Nebraska with all three of his sons at his side.

Dean was born November 25, 1932 in Sumner, to Leroy & Elsie Wheeler. The family moved to Lexington in 1945. He attended the Lexington Public Schools and graduated with the class of 1951.

On May 2, 1952, Dean married the love of his life Shirley Cunningham. They were blessed with three boys, Steve, Michael, and Timothy. Together they loved to go camping, traveled to South Padre Island numerous times and enjoyed going to Colorado to visit relatives. They were members of the dance club and card club; having a circle of friends that would last a lifetime.

Dean and his wife Shirley owned and operated the Lexington Glass Co. for over 40 years.

Dean joined the Lexington Fire Dept. March 10, 1960 and was a dedicated servant to the city of Lexington for 60 years. He was instrumental in starting and serving on the rescue dive team, was nominated as fireman of the year twice, and held numerous offices within the department.

He was a member of the Veterans of Foreign Wars having served from 4/9/53 to 4/1/55, and proudly served as a medic during the Korean war. Dean was also a long-time member of the Eagles Club.

After retirement Dean was chosen as one of the veterans to take the Honor Flight to Washington DC, which he was honored to be a part of.

Dean loved his boys and when the grandkids came along his heart got even bigger. His love for the grandkids and great grandchildren was as wide and deep as the Grand Canyon.

Visitation will be held Friday, May 28, 2021 from 7-9 p.m. at Reynolds-Love Funeral Home in Lexington. The casket will be closed.

Funeral services will be Saturday, May 29, 2021 at 10:00 a.m. at Reynolds-Love Funeral Home with Pastor Rex Adams, officiating. The service will be live streamed on the Reynolds Love Face Book Page.

Interment with military honors will be in the Greenwood Cemetery, north of Lexington.

Memorials, in lieu of flowers, are suggested to the Lexington Volunteer Fire Department.

Reynolds-Love Funeral Home in Lexington is honored to be assisting the family with arrangements. Please share online condolences with the family visiting: reynoldslovefuneralhome.com