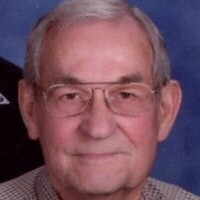 Donald Leroy Sarnes, 89, of Lexington, Nebraska, passed away on September 28, 2022, in his home surrounded by his loving family.

Donald was born on May 7, 1933, in Lexington, Nebraska to Lowell and Frances (Anderson) Sarnes. He graduated from Lexington High School with the class of 1951 before going on to study for a year at the University of Nebraska. After spending some time in college, Donald was inducted into the Army in May of 1953 and was stationed in Heidelberg, Germany. He was honorably discharged in April of 1955 after faithfully serving his country. Once back in the United States, Donald began working as a farmer and cattle feeder.

Donald was confirmed and served in the Lexington Methodist Church his entire life. On April 22, 1956, Donald was united in marriage to Mary Jewel Anderson. Four children were blessed to this union: Teri, Scott, Lori, and Steven.

Donald had many hobbies. He enjoyed golfing, gardening, hunting, fishing, and socializing with several coffee groups. He also loved spending time with his family and making them laugh by telling jokes. He loved flying and eventually earned a private pilot’s license, where he got great pleasure giving people rides. He said that when he was flying, he felt closest to God.

Besides his parents, Donald was preceded in death by his baby brother, Wayne, and sister, Delma Jean.

There will be no visitation, as the family is honoring Donald’s wish for cremation.

A memorial service will be held on October 8, 2022, at 2:30 p.m. at Parkview Baptist Church with Pastor Paul Thomas officiating. A private family inurnment with military honors will be held.

In lieu of flowers, memorials are kindly suggested to the Heartland Military Museum.