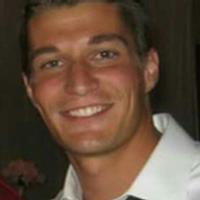 Neal grew up in rural Lexington on the family farm. He attended District #17 rural school, the Lexington Middle School, and graduated from Lexington High School with the class of 2005. During his school years Neal participated in most sports. He excelled at golf, wrestling, cross-country, and basketball. He then went on to further his education at Doane College in Crete, Nebraska, playing golf and track. He transferred to Southeast Community College.

Neal’s love of the land led him back to the family farm where he farmed with his dad. He was united in marriage to Nicole Hunke on August 10, 2013, in Kearney. Two daughters were blessed to this marriage; Aleena & Oaklea, the loves of his life.

Neal had a passion for coaching wrestling and coached at Kearney for three years. He also competed in Long Drive golf competitions. He enjoyed hunting, fishing, and farming. Neal’s friends were a huge part of his life, they completed him, they made the rough edges soft, and were always there for him.

He was a member of First United Methodist Church in Lexington.

Neal never knew a stranger, had a beautiful smile that lit up the room, and could carry on a conversation with anyone. His death will leave a void that no one will be able to fill.

Neal was preceded in death by his grandparents.

Funeral Services will be held Thursday, February 9, 2016, at 2:00 p.m. at First United Methodist Church in Lexington with Pastor John Shields officiating. The casket will be closed.

Burial will be in the Greenwood Cemetery at Lexington.

Memorial Book Signing and visiting with the family will be held Wednesday, February 8, 2017, from 5-7 p.m. at the Reynolds-Love Funeral Chapel in Lexington.

Memorials are suggested to the Family for his girls’ Education Fund.

Reynolds-Love Funeral Home in Lexington is assisting the family with arrangements. Please share online condolences with the family by visiting: reynoldslovefuneralhome.com.