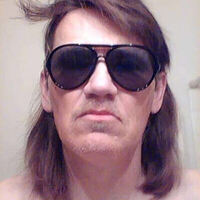 Tim was born May 7, 1962 to Floyd and Alice (Schwarz) Wenburg. Tim attended Lexington Public Schools and graduated with the class of 1980. Tim furthered his education at Hastings Community College.

At an early age Tim was diagnosed with diabetes which he battled for the rest of his life.

While in Hastings attending college, he worked for various businesses. On returning to Lexington he was employed by Tyson Foods. He worked at Tyson until his health forced him to retire.

Tim enjoyed various activities. He loved playing pitch and other games. He was a trivia wiz and had a wide collection of many things such as Star Wars, Beatles, Elvis, comic books and McDonald toys, one of his favorite past times was watching and collecting Wrestle Mania. Tim was also a terrific artist. He had earned himself a belt in Taekwondo, which he was very proud of. Tim will be greatly missed by his family and friends.

Tim is survived by his brothers: Clayton (Susie) Wenburg of Lexington and Alton (Jody) Wenburg of Cozad, nieces, nephews, many aunts, uncles, cousins and friends.

Tim is preceded in death by his parents, brother, Dale and his grandparents.

The family has honored Tim’s request to be cremated.

A graveside service will be held Friday, October 2, 2020 at 11:00 a.m. at the Cozad Cemetery in Cozad with Pastor Bill Ohlmann, officiating.