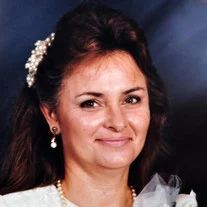 Linda was born the daughter of Frank and Beulah (Courter) Reed on December 10, 1950. The youngest of six children, she was raised in the rural countryside outside of Lexington, Nebraska. She graduated from Lexington High School with the Class of 1969. Shortly after high school, she found employment in Holdrege where she met her soon-to-be husband. On October 23, 1971 she was united in marriage to Greg Bonner in Lexington. To this union, two sons were blessed: Kent and Shane. Her boys have always meant the world to her as she devoted her life to supporting their activities and encouraging their dreams.

Linda was employed as an administrative assistant at Kearney Urology for many years prior to retirement. She enjoyed gardening, cooking and spoiling her dogs. She loved to bake and created several ‘family famous’ desserts and treats during the holidays. She was also an avid Husker fan. Above all, she had the most joy spending time with her three grandchildren.

Left to cherish her memory are her sons, Kent Bonner and his wife, Dawn of Alexandria, Virginia and Shane Bonner and his wife, Kelly of Kearney; grandchildren, Mason and Griffin Bonner of Alexandria, Lauren Bonner of Kearney, Tre (Malorie) Ostergard of Estes Park, Colorado, and Chase Ostergard of Lincoln; great granddaughter, Meredith Ostergard of Estes Park; sister, Shirley Hill of Kearney; brother Dennis (Barbara) Reed of Fort Collins, Colorado; as well as several nieces, nephews and extended family and friends.

Linda was preceded in death by her parents as well as her brothers, Jack, Larry and David Reed.