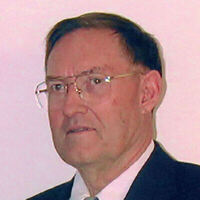 Wayne E. Lichtenwalter, 82 of Lexington passed away Saturday, January 1, 2022 at the Elwood Care Center in Elwood.

Wayne was born on April 16, 1939 in Sterling, Colorado to Russell & Joyce (Koch) Lichtenwalter. Wayne graduated from Lexington High School with the class of 1957. Wayne then attended Milford Community College in Milford, Nebraska, in the auto mechanics field, graduating in 1959. Wayne went to Florida to spend time with his uncle and ended up becoming part of the pit crew for Big Daddy Don Gartlits.

Wayne was united in marriage to Janice Wilcox on November 23, 1963 at the St. Ann’s Catholic Church in Lexington. This union was blessed with three sons; Mark, Michael and Matt.

In the late 1960’s Wayne bought an airplane and took up flying and the family went to many air shows.

Wayne helped his parents when they owned the City Bakery in Lexington and Cozad, being the local delivery boy. He worked at Darr Fertilizer for over thirty years. He owned/managed the I-80 Texaco in Lexington, which was the last remaining full service gas station in the area. While working for Darr Fertilizer he took over the family Koch farm south of Cozad and operated that until 1999.

Wayne retired from working so he could spend more time on his hobbies which was CARS!!! Wayne always had a infatuation with cars even as a small boy. He also did circle track racing in Lexington. He went drag racing in the 1960’s with Don Wheeler, which turned into a lifelong friendship, at Kearney, Great Bend, Kansas Julesburg, Colorado and numerous other dragstrips. In 1989, Wayne and family restored the dragster he built in 1964 to take to the Bonneville Salt Flats in Utah. He named the dragster Flathead Fever and raced it there for two years. The next year, a 1939 Ford sedan called the Class of 39 made its debut at Bonneville, where it was raced for twenty-five years and set nineteen land speed records, something Wayne was very proud of.

When he wasn’t racing cars he restored numerous cars throughout his lifetime. Wayne shared his passion for cars with his three sons. When the family was younger, they would take many vacations to the mountains in Colorado in their 1947 Buick and 1935 Indian camper. Wayne enjoyed watching westerns, Nascar, Street Outlaws, Mecum Auto Auctions and various automotive and aeronautic shows.

Visitation will be held Friday, January 7, 2022 from 5-7 p.m. at Reynolds-Love Funeral Home in Lexington.

Funeral services will be held Saturday, January 8, 2022 at 10:00 a.m. at the LexChristian Church in Lexington with Pastor David Leraaen, officiating.

Interment will be in the Cozad City Cemetery at Cozad.

Reynolds-Love Funeral Home in Lexington is honored to be assisting the family with arrangements. Please share online condolences with the family by visiting: reynoldslovefuneralhome.com