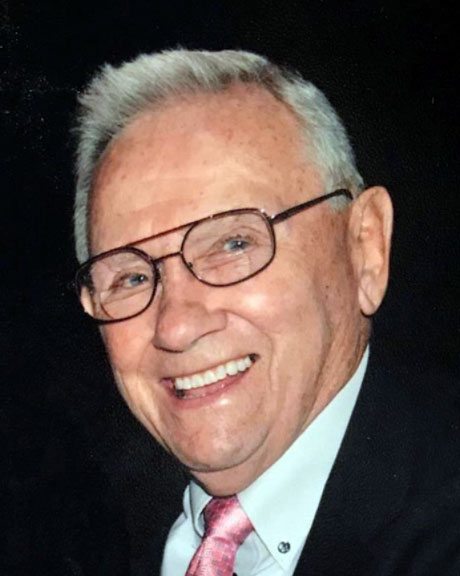 Earl Dean Wolfe, 92, of Lincoln, formerly of Grand Island, passed away on Wednesday, March 16, 2022, at the Tabitha Journey House in Lincoln, NE.

Memorial service and celebration of Dean’s life will be held at 11:00 a.m. Friday, March 25th at Trinity United Methodist Church of Grand Island. Reverend Kelly Karges will officiate. Burial will be in Grand Island City Cemetery with military honors provided by the United States Army and the Grand Island Veterans Honor Guard. All Faiths Funeral Home is entrusted with arrangements.

Dean was born May 18, 1929, at North Platte, to Lester Earl and Laura Lucille (Hoadley) Wolfe. He was the eldest child of “the Wolfe Pack 10”. Dean graduated from Lexington High School and attended Hastings College. Dean then entered the Nebraska National Guard. As a young man he worked on the family farm in Lexington NE and enjoyed hunting and fishing. In 1947 through 1957, he was a boxer for Golden Gloves, and he raced NASCAR with his brothers. On June 10, 1962, he married Judy Ann Mathews of Cozad, NE.
They moved to Grand Island NE in 1963 for Dean to pursue a career in Real Estate. Dean had success in owning his own Real Estate firms, the latest being Century 21 Wolfe and Associates in Grand Island, NE. Together they raised four children in Grand Island, NE, Kelly, Kurt, Kimberly, and Ashley.

Dean earned his pilot’s license and loved to fly his small aircraft with his family. His grandchildren meant everything to him. He attended all of their activities and events that he possibly could.

He was preceded in death by his parents; son, Kurt Wolfe; brothers, Daniel Wolfe, Donald Wolfe and sister, Delores Ladder.

Memorials are suggested to the family to be designated at a later date. Online remembrances may be left at www.giallfaiths.com.