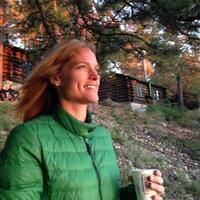 Nickie Fowler, 48, of Centennial, Colorado, died May 19, 2020, after a long and courageous battle with cancer. She was born December 18, 1971 in Cozad Nebraska to Gayle and Johnnie Rowe. Nickie attended Lexington High School where she was active in athletics, music, and student government. She graduated from the University of Nebraska in 1995 with degrees in Psychology and French.

After college Nickie served as a whitewater rafting guide in North Carolina, worked with at risk kids in California, and in 1999 moved to Colorado when she started work in banking.

In July of 2001, she married her longtime friend John Fowler of Bellevue, Nebraska. They met in college at the University of Nebraska in 1990 and started dating in 2000 once they both lived in Colorado.

Nickie left the workforce in 2002 to raise her children, but still found time to volunteer at school, church, and in the community. She was a true advocate for the special needs community her whole life, devoting herself tirelessly to the autism community in support of her son. She lived a life of service to others, and leaves a legacy of love, compassion, and limitless energy.

Nickie spent many years sharing her talents as an artist, and dedicated herself to fitness by climbing mountains, cycling, rafting, hiking the Grand Canyon from rim to rim, and running marathons. She qualified for the Boston Marathon a month before her illness began in September of 2016. In the months and years that followed, even though she could no longer compete, she viewed that merely as a setback and still attended bike and road races in order to support her friends.

Nickie leaves behind her husband and best friend John, their children Evan, William, Sophie and Thomas; parents Gayle and Johnnie Rowe; brother Dave Rowe, his wife Sheila, their children Ellie, Mollie, and Mia; sister Suzie and her husband Ted Free; brother Derik and his daughter Chloe; brother Dusty; mother and father in law Joe and Bonnie Fowler; brother and sister in law Jeff and Sheri Fowler and their children Hannah, Grace and Nathan. Nickie also leaves behind a multitude of aunts, uncles, cousins, second cousins, and countless friends around the world.

A memorial book signing will take place on Saturday, May 23, 2020 from 9:00 a.m. until Noon at Reynolds-Love Funeral Home in Lexington. The casket will be closed.

A family graveside service will be held in the Fairview Cemetery south of Cozad.

Memorials may be given to the Nickie Fowler Memorial Fund through First Bank in Denver.

Reynolds-Love Funeral Home in Lexington is honored to be assisting the family with local arrangements. Please share online condolences with the family by visiting: reynoldslovefunerahome.com