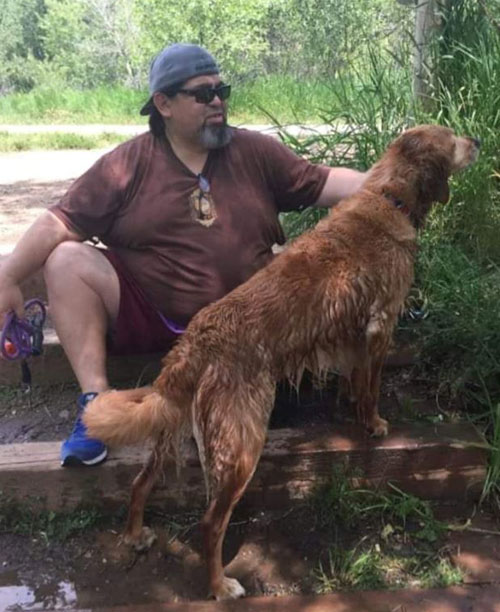 Fred Rios, 55 of Fort Collins, Colorado, passed away Saturday, May 23rd, 2020, at his home shortly after being diagnosed with pancreatic cancer.

Fred was born September 29th, 1964 in Ord Nebraska to Julian L. Rios Sr. and Consuelo E. (Escobar) Rios. He attended and graduated from Lexington High in 1983. He furthered his education by attending Denver Art Institute of Colorado where he earned his associates in Video, Audio, and Engineering.

While attending a Phish concert in 2001 he asked this woman next to him to move because he couldn’t see over her. This woman, Michelle, became the love of his life and true soul mate.

Fred enjoyed playing guitar, singing and trying to teach Michelle how to play.
He loved to garden and had quite the green thumb.

He is survived by his loving wife of 18 years. Michelle Rios of Fort Collins, Colorado. And his furbaby Jonesy.

A memorial service will be held at a later date in Lexington.