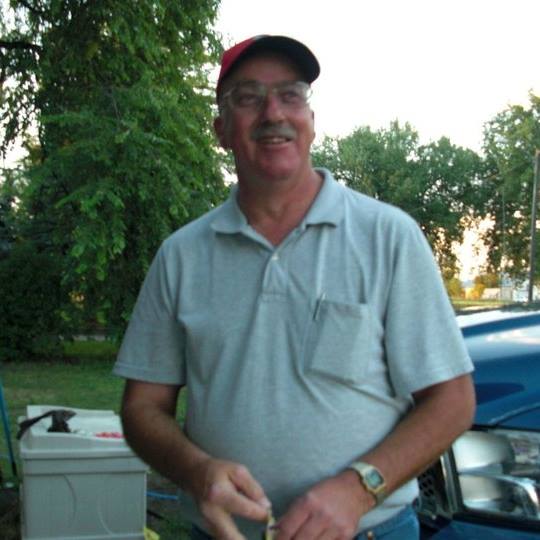 On July 13, 2020 Jay D. Hemphill took a trip on the Hwy to Heaven to meet his Lord and Savior at the Pearly Gates.

Jay was born August 15, 1959 in Holdrege, Nebraska to Doyle and Elaine (Hueftle) Hemphill. A few years later his family moved to a farm south of Lexington, where he attended a rural school. He attended High School in Lexington graduating with the class of 1978.

He worked for several different farmers before becoming an over the road Truck Driver, beginning his career driving for SST out of Scottsbluff. While living in Scottsbluff he met and married Brenda Nelsen in July of 1987. Soon afterwards Jay and Brenda moved to Garden City, Kansas where Jay went to work for Lobo Feeders for a short time before moving to Lexington to work for Justa Truck Trucking. Their marriage would end a few years later. Jay then signed on with Schultz Transportation Services Inc. out of Lincoln, Nebraska. He would drive for Schulz for 7 years delivering what would be his last load to AWG in Norfolk, Nebraska on July 13, 2020.

Jay leaves to celebrate his life, his three sisters, Janice and Ken Knecht of Omaha, Joyce and Mike Eaton of Buxton, Maine and June of Omaha; three brothers, Jim of Omaha, Jerry and Marilyn of Cozad and Jon of Council Bluffs, Iowa; step-sisters, Sharon and Bob Forrester of Arnold and Doris and Kim Simmons of Bellevue; step-brother, Dean Zimmerman of Mesquite, Texas; as well as numerous nieces, nephews, and a host of friends.

Jay loved being a professional Trucker and enjoyed traveling the highways and byways of America, listening to country music and talking to his fellow truckers on the CB.

So keep it between the ditches and Sunnyside up…this is Coffee Cup signing off.

There will be a visitation held on Tuesday, July 21, 2020 from 3-7 p.m. at Reynolds-Love Funeral Home in Lexington.

Following the visitation, Jay’s family is honoring his wishes to be cremated.

A Celebration of Jay’s life will be held Wednesday, July 22, 2020 at 10:30 a.m. at Reynolds-Love Funeral Home in Lexington with Pastor James Morton, officiating. The service will be live-streamed via Reynolds-Love Facebook page.

Inurnment will follow at the Evergreen Cemetery in Lexington.

Memorials are kindly suggested to the family for later designation.

Reynolds-Love Funeral Home in Lexington is honored to be assisting the family with arrangements. Online condolences may be directed to the family by visiting: reynoldslovefuneralhome.com