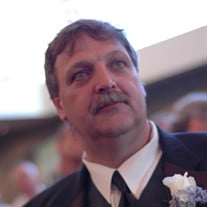 Mick Woodside, 67 of Kearney passed away Monday, November 22, 2021 at CHI Good Samaritan Hospital in Kearney. A funeral mass will be held 10:30 a.m. Monday, November 29, 2021 at Prince of Peace Catholic Church in Kearney with Father Paul Colling officiating. Interment will follow at St. Ann’s Cemetery in Lexington. The family will receive friends 4:00 to 5:00 p.m. Sunday at the church followed by a 5:00 p.m. Vigil prayer service.

Memorials are suggested to the Addison Samuelson-Carbaugh Memorial Scholarship. Condolences may be shared online at www.osrfh.com. Services are entrusted to O’Brien Straatmann Redinger Funeral and Cremation Services.

Mick Lorens Woodside was born August 24, 1954 in Lexington, Nebraska to Harold and Rosa (Schwarz) Woodside. He received his education from Lexington High School, graduating with the class of 1972. Mick attend the University of Nebraska-Omaha where he played football. He later earned his degree from Kearney State College. On May 27, 1977, Mick was united in marriage to Rita Brewer in Lexington, NE. They moved to Kearney where Mick worked for YRTC as a youth supervisor for over 35 years.

Mick loved working with his hands and was known for his craftsmanship. He was an excellent carpenter and took pride in his many projects. He will be remembered for his generous and loving personality.

Mick was preceded in death by his parents; and siblings, Dorothy, Leonard, Terry, Dick, Delbert, Lena, Viola, Paul and Leroy.