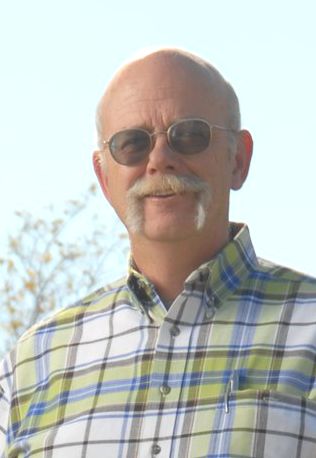 Jim and Mary met in Golden, CO and were married November 23, 1997. They celebrated 25 years of marriage, before his passing. He was a caring husband and father to his son Jesse and stepdaughter Jennifer. They always came first in his life. Although he did not attend church, he was a man who strongly believed in God and practiced this every day by what he said and did. He was always available to give a helping hand.
During high school, Jim played baseball, football, belonged to the FFA and 4-H club showing.

He spent his life on the family farm outside of Lexington, NE. which is where he learned his hard work ethic. Along with going to school and playing sports, Jim worked part time at Deeter’s Welding and Machine shop after school and summers, both during high school and college.
After high school Jim attended Hasting Tech Community College then attended Mid-Plains Vocational College in North Platte, NE and graduated in 1972 with a AAS degree in Machine Shop Technology and Welding. After graduation, Jim worked at TRW in Ogallala, The Sugar Factory in Gering, NE and Bare Manufacturing in Mitchell, NE. In 1978 Jim moved to Colorado where he went to work at the Rocky Flats Nuclear Weapon Plant as a machinist and departmental manager (1981-1989). He then went to work for the National Institute of Technology, (NIST) in Boulder, CO. During his career he held many different supervision positions. In 1997 Jim went back to school receiving his BA and MS in Organizational Management. This was a huge accomplishment that we were all very proud of. After 25 years of service with NIST Jim retired, due to health issues after being diagnosed with chronic Beryllium disease, which he incurred while working for Rocky Flats. He was never one to sit idle so he worked in his shop, at home, welding/machining different projects for others and also to maintain their horse property.

On February 2018, Jim had a double lung transplant. With suggestions from Doctors, Jim and Mary moved to Oklahoma where the weather and altitude were more suitable for his health. Unfortunately, Jim ran into many different complications after the transplant including stage 4 kidney failure. He was able to overcome these obstacles’ and did not let things stop him from enjoying life. Jim was required to have nurses 7 days a week but that did not slow him down. When COVID hit, Jim stayed in the house 24/7. He only went out to get blood draws and see Drs. We avoided this for over a year but, in the end, Jim caught COVID. He was unable to fight it off with his immune compromised body. Jim passed away peacefully February 25, 2022.

In his younger years Jim loved the outdoors, motorcycle riding, skiing with Jesse and Mary, and Mary got him involved in her passion with riding horses. With this he participated in a little mounted shooting and reining. Also, he enjoyed going riding with family members up in the mountains.