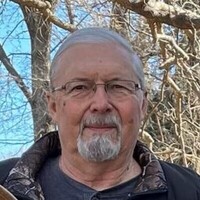 He was born on January 17, 1951, in Lexington, Nebraska, to Eddie S. and Margaret (Garringer) Garica. Eddie received his education from Lexington Public Schools and graduated from Lexington High School with the class of 1969. Following high school, Eddie was inducted into the United States Army-National Guard where he proudly served his country until he was honorably discharged on November 11, 1975.

Eddie settled back in Lexington and married Denice Unterseher on June 8, 1975 at the First United Methodist Church in Lexington. Two children were blessed to this union: Chad and Stacey. Eddie worked for the state with the Nebraska Department of Roads, Sperry New Holland until they closed before starting a long career as a floor covering installer. Eddie started with his cousin, Mark Hueftle and installed flooring for over 30 years. After retirement, Eddie starting working for Elanco, collecting data for Tyson for a few years.

Eddie had many hobbies which included hunting and fishing. He won many trophies Trap Shooting and was a dog lover. Eddie also enjoyed tinkering, taking things apart and seeing how things worked. He loved old cars, especially corvettes and his pride and joy were his children and grandchildren.

Besides his parents, Eddie was preceded in death by his nephews, David and J.R.

Funeral Services will be on Monday, October 17, 2022 at 10:30 a.m. at the First United Methodist Church in Lexington with Pastor Velma Tim, officiating. The service will be live-streamed via the Reynolds-Love Funeral Home Facebook page.

Visitation will be held on Sunday, October 16, 2022 from 5-7 p.m. at Reynolds-Love Funeral Home in Lexington. The Casket will be closed.

Interment with Military Honors will be in Greenwood Cemetery at Lexington.

Memorials are kindly suggested to the family for later designation.

Reynolds-Love Funeral Home in Lexington is honored to be assisting the family with arrangements. Please share online condolences with the family by visiting: reynoldslovefuneralhome.com