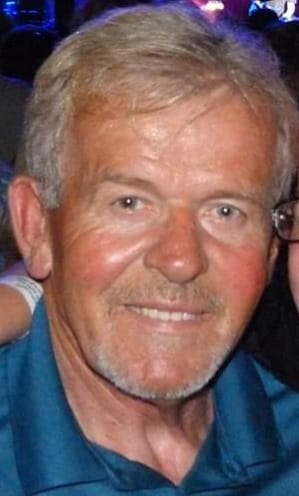 Jim was born May 20, 1948 in Lexington to Howard A. Sr. and Marie W. (Galbraith) Hanson.  Jim attended Pershing School and graduated from Lexington High School with the class of 1966.

Jim was baptized and confirmed in the First Presbyterian Church and also received his Eagle Scout Award in the Presbyterian Church. Jim was inducted into honor Society in high school and was in Photography Club. Jim and Ford McDonald were selected to attend Boy’s State. Jim Hanson was the only student in 1966 to represent Lexington in All State Band. Jim was known also for his outstanding music ability, with his outstanding gift to play the trumpet. Jim had a chance to receive an outstanding music scholarship to Colorado for a music career. He loved his music but his first love was in building. While in high school he worked with his father, Howard A. Hanson Sr. in his construction business. Jim also loved football and he and Tom Stuckey were All Conference representatives for Lexington.

After High School Jim attended Kearney State College, graduating in 1970 with a degree in Industrial Arts. He also played on the Loper football team. He lettered all four years in his football career, earning a special award.

While teaching in Omaha he met love of his life, Beverly Gosch. They were married March 30, 1974 in Omaha. They decided to move to Lexington, where Jim taught in the Lexington High School in Industrial Arts and assisted his father Howard A. Hanson Sr. in building homes. While teaching Jim implemented the first home built by high school students and that home still stands in Lexington. Jim believed in all his students and loved to teach and coach. He wanted his students to be the best they could and if they could not go to college to teach them a building career that not only to build to be a master craftsman. To show his belief in his students he implemented at end of school year, a student who showed a promise of a master craftsman he gave an Award of the golden hammer award in memory of his father Howard A Hanson Sr., the award went on for several years and hung in Industrial Arts room at LHS.

Jim loved school, teaching and went on to further his education and teaching and building and received his doctorate, after which he taught trustees from Prison. When Jim retired he loved to teach and continued substitute teaching until the past year when his health prevented him from teaching.

Jim was preceded in death by his wife Beverly , February 2007, parents, siblings and their spouses, Colleen (John) Caldwell, Howard Jr. (Ann) Hanson, father-in-law Merlin Gosch, besides several of his wife's  brothers and sisters.

As Jim was kind, caring, his laugh and a good time many will remember, but he left his mark many places with his God-given talent of a love of his students and family and also as a Master Craftsman. The Hanson brothers and their father left their craftsman skills in Lexington by the many homes they built, and left a trade to students So they may carry on as their master was a carpenter so were Jim, Howard Jr. Howard Sr. Hanson also being a four generation of Hanson’s in Dawson County, Nebraska You found your rainbow Jim. written by, Sister Sheri

Fond memories and expressions of sympathy may be shared at: KAHLER DOLCE MORTUARY, 441 N. Washington St. Or www.kahlerdolcemortuary.com