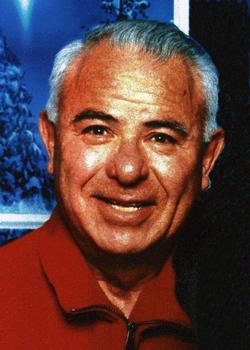 David was born February 17, 1940, in Lexington, Nebraska, to John Frank and Beulah(Courter) Reed. David was a graduate of Lexington High School. He then went onto further his education at Hastings College where he received his Associates Degree in Radiologic Technology.

David was united in marriage to Joy Ann Johnson in Lexington at the First United Methodist Church. They enjoyed more than 50 years of marriage and numerous adventures. The marriage was blessed with four children.

David and Joy were fortunate to have experienced life in several communities throughout his long term employment with General Electric Medical Systems.

David was active in his church, enjoyed gardening, fishing, camping, coin collecting, and travel. David was a beloved husband, father, grandfather, and friend. David's sense of humor and caring nature were hallmarks of the type of man that will forever be remembered by those whose lives he touched.

David was preceded in death by his parents, one son; Scott Allen Reed; two brothers; Jack and Larry Reed

Memorial Service will be held on Monday, August 4, 2014, at 10:00 a.m. at Reynolds-Love Funeral Home in Lexington with Reverend Caroline Vickery, officiating.

Reynolds-Love Funeral Home in Lexington is assisting the family with arrangements.