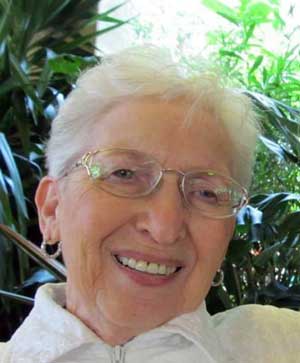 Barbara grew up on a farm SW of Lexington, near Johnson Lake. She was baptized and confirmed in the First UMC of Lexington.

She attended country school and graduated from Lexington Sr. High School 1956. She had her first date with Gene Wheeler at an FFA roller skating event, at the age 15. They were engaged at 17 years of age and then Gene joined the Marines for three years. Upon his discharge and return to Lexington, Eugene C. Wheeler and Barbara were united in marriage on March 16th, 1958 in First UMC, Lexington. Two children were born to the marriage, Tepricia and Randy. After marriage they moved to Brule, NE and to Julesburg, CO. After approximately two years, they returned to make their home in Lexington. Barbara taught Sunday school in the earlier years, and co-led a Brownie troop and then a Jr. Girl Scout troop. She was also on the Goldenrod GS council for a few years.

Barbara was a bookkeeper for Mingus Oil, Hibbard’s Liquid Feed, and retired from Platte Valley Products. She was active in downtown coffee groups, and Extension Club that later evolved into a Bunco Group and two Red Hat groups. She enjoyed meeting monthly with a group of long time couple friends.

In the first half of their marriage she and Gene enjoyed Dance Club and at least two Card Clubs on Saturday nights.

In 1968 an old bus joined the family and Gene renovated it into a proper camper, for the family, that was enjoyed for over 15 years. Many weekends at Johnson Lake, annual trips to Rocky Mountain National Park, and one trip to the Black Hills and Yellowstone. Barbara enjoyed any excuse to go to Colorado. She loved to travel, even taking a four week bus trip to Alaska with a dear friend, fulfilling a life long dream.

She cherished her aunts, uncles and cousins and enjoyed when they all could gather in Nebraska.

Barbara moved to Story City, IA to be near her daughter and son in law when her health became an issue, in February 2016.

She is preceded in death by her husband Eugene C. Wheeler, son, Brad, born at rest, her parents, brothers in law: Daryl Wheeler and David Wheeler; Sister in law Nel Wheeler and nephews: Barry Wheeler and Joel Bean.

She is survived by daughter, Tepricia and husband Louis Reeder of Story City, IA, grandchildren T.C. and wife Jessica Anthony with Aedan, Norah and ClaraJoy; Andrew and wife Andrea Anthony with Addison and Aubree. Kira and husband Luke Romens, and Evan Reeder. Son, Randy and wife Janniee Wheeler of York, NE. Grandchildren: Betty and husband Scott Myers with Brittany and Christopher; Dan and wife Priscilla Jensen with Sierra, Savanna, Daniel and Shelbi; Bob Jensen and significant other Tara with Dennis, Landyn and Jade; and Bill Jensen. And nine great-great grandchildren.

She is also survived by sister, Patricia Gage, Brothers in law Dean and Shirley Wheeler, Don and Ilsa Wheeler, sisters in law: Inalynn and Melvin Buckley and Cindy Wheeler, and many nephews and nieces.

A memorial service will be Saturday November 16, 2019 at 10:30 am at Grace United Methodist Church in Story City. Visitation will be Friday from 5 to 8 at the church.

Another memorial service will be Saturday December 14 at 10:00 am at First United Methodist Church in Lexington, NE followed by inurnment at Greenwood Cemetery and then a luncheon in the fellowship hall. A memorial Book signing will be Friday December 13 from 5 to 8 at Reynolds- Love Funeral Home in Lexington, NE.

Reynolds-Love Funeral Home in Lexington is honored to be assisting the family with local arrangements. Please share online condolences with the family by visiting:reynoldslovefuneralhome.com