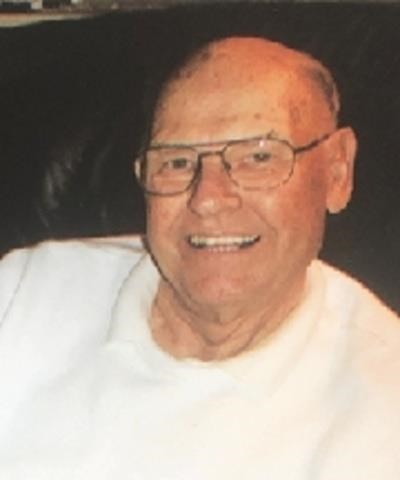 TEETOR, Mark A. On Wednesday, July 29, 2020 Mark A. Teetor lost his battle with lung cancer. He was at his home in Dallas, Texas surrounded by his family. Mark, the fifth of thirteen children, was born October 15, 1926 in Lexington, NE to Warren Franklin Teetor and Marium Neoma Dicks. Drafted during his senior year of high school, Mark left Nebraska to train as a paratrooper at the end of World War II. After serving roughly 18 months in the Army he moved to Colorado and attended Capitol College in Denver to study pharmacology. Following graduation he moved to Missouri for medical training in hematology at the Medical Technological College of St Louis. Mark chose to settle in Dallas where he began working as a hematologist around 1950. In 1959, Mark and Sam Kelly opened their own medical lab which they ran for 20 years. By the time Mark retired he had worked in the medical field for over 40 years. In his retirement Mark loved to garden. He spent hours cultivating the ground so he could share his bounty with everyone he knew! Though his greatest joy came from his family. He and Marian James married March 3, 1951. They spent 62 incredible years together raising their daughter, Carol Ann and loving on grandchildren. Mark was preceded in death by his wife Marian, his father Frank, mother Neoma, sister Evelyn Haultman and brothers Arthur, Donald, Warren, Vernon, George, Robert and Glen; his son-in-law Ralph E. "Butch" Russell and step great-grandson Nathan Edward Russell. He is lovingly survived by his daughter Carol Ann Russell, granddaughter Amy Russell, great granddaughter Daisy; step grandchildren Trey Russell (Jennifer), Melissa Pendley (Corwyn), step great grandson Owen; his sisters Beulah Nanny and Patsy Halouska; brothers Ronald and Wayne as well as numerous nieces and nephews. There will be a visitation Monday, August 3rd from 10-12am, followed by a graveside service at Laurel Land Funeral Home in Dallas, Texas.