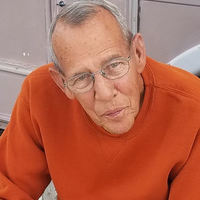 Rod was born March 22, 1946 in Seward, Nebraska to Charles Marlin and Marcia June (Gleeson) Reynolds. Rod attended high school in Seward until 1962 when the family moved to Lexington. He graduated from Lexington High School with the class of 1963. After graduation Rod attended Kearney State College graduating in 1967. In 1966 Rod was united in marriage to Beverly Frerichs in Hildreth, Nebraska. After college the couple moved to San Francisco where Rod attended mortuary School graduating in 1968. They then moved to Callaway, Nebraska where Rod operated Timm-Reynolds-Love Funeral Home and helped his dad at Reynolds-Love in Lexington. The whole family enjoyed attending many rodeos there. Rod and Bev would later divorce and he moved to Lexington.

On November 28, 1975 he was united in marriage to Roberta (Lockhart) Hofferber in Lexington. The couple lived in Lexington until 1988 when they moved to Desert Hot Springs, California. While in California, Rod was employed as a Stock Broker and also worked for a funeral home selling burial spaces.

In 1998 Rod returned to Lexington to take care of his mom and dad and worked at Lakeside Country Club.

After the death of his parents, Rod bought a RV and moved to Yuma, Arizona in 2008.

Rod is survived by his stepsons: Scott and wife Mary Hofferber of Columbia, Missouri, Brent and wife Carolyn of Columbus, Nebraska, and their mother Roberta Reynolds of Desert Hot Springs, California; brothers: Jerry and wife Marvene of Seward, Mark and wife Kris of Georgetown, Colorado, and John and wife Tami of Lexington; sisters: Amy and husband Jeff Richardson of Omaha and Beth and husband Mark Lewis of Kearney. Also surviving are nieces, nephews extended family and friends.

Rod was preceded in death by his parents.

A Celebration of Life will be held Saturday, February 29, 2020 at 2:00 p.m. at Reynolds Love Funeral Home in Lexington with Reverend Anne Gahn, officiating.

Family interment will take place prior to the Celebration of Life in Greenwood Cemetery with Father Kay Knudson, officiating.

There will be no visitation.