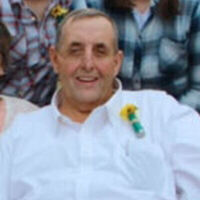 Eddie Dean Bennett, 61, formally of Lexington passed away Thursday, September 23, 2021 at his home in Overton. Eddie was surrounded by his wife, youngest daughter, brother, niece, and best friend while receiving hospice care in his final days.

Eddie was born January 13, 1960 in Lexington, NE to the late Robert and Donna (Hughbanks) Bennett. Eddie was the youngest of three children. He attended the Lexington Public School system and was a member of the class of 1978.

After high school, Eddie worked for Wells Fargo in Florida and he was also employed at Orthman Manufacturing in Lexington. Eddie then worked for Biehl Cattle Company and the Omaha World Herald before starting his long career of driving semi-truck. Eddie hauled for Bartels, Nebraska Salt And Grain, Mail Carriers Of America, Packer Inc., Eagle Eye Express and J Bar Trucking where he was an independent contractor until he was unable to work due to his health.

He was united in marriage to Nancy Fisher on November 12, 1991 in Chadron. To this union two daughters were born: Autumn and Donna. Ed and Nancy raised their family in the Overton Community for 30 years.

Eddie was an avid deer hunter, who enjoyed hunting in Chadron and in Dawson counties, for over 35 years. He had a passion for riding motorcycles. Ed and Nancy had made the trip to Sturgis for about ten years. Collecting guns was a hobby of Ed's. Eddie and his friends made yearly trips to the world's biggest gun show in Oklahoma.

Survivors include his wife, Nancy of 29 years, their two daughters: Autumn (Jess) Bennett of Marathon, Wisconsin and Donna (Russell) Lewis of Sherman, Texas. He is survived by his brother, Dallas Bennett and sister, Starla (John) Corder both of Lexington. He is also survived by two step grandchildren: Mckenzie Lewis and Colton Cooper of Justin, Texas. Nieces & nephews: Tia (Eric) Franzen of Grand Island, Dennis Price, Jr. of Minden, Harley (Lacey) Bennett of Amarillo, Texas and Jessica (Marshall) Carson of Bird City, Kansas. Brother and sister-in laws: Terry (Sandy) Fisher of Cozad, Larry (Peg) Fisher of Overton, Jerry (Wanda) Fisher of Cozad, Shirley (Curtis) Thorton of Lincoln, Sue Lenz of Gothenburg and Sharon Johnson of Ellsworth, Kansas. He is also survived by many other extended family members and many friends.

Eddie was preceded in death by his parents, mother and father-in-law, Max and Doris Fisher, sister-in-law Linda Fisher as well as two great nephews.

Eddie’s wish was to be cremated.

A memorial service will be held Monday, September 27, 2021 at 2:00 p.m. at the Reynolds Love Funeral Home in Lexington with Pastor Bonnie Brock, officiating.

Memorials are suggested to the family.