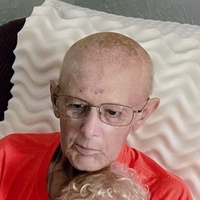 Daniel G. Robinson passed away Tuesday, July 6, 2021 at his home in North Platte, Nebraska at the age of 68.

Daniel was born December 1, 1952 at Kearney, Nebraska to Glen and Rita (Higgins) Robinson.

He graduated from Lexington High School with the class of 1973.

He worked at a funeral home and a care home for over 21 years.

Daniel was a kind and loving husband and father. He would do anything he could to help anyone.

Daniel was preceded in death by his Mother, Rita; his son, Jerry; sister, Julia Robinson; brother-in-law, James Miller; 2 nephews, Michael and D.J.; nephew-in-law, Terry; and his father-in-law and mother-in-law.

Memorials are suggested to the family in his name for later designation. A graveside service will be held Monday, July 12, 2021 at 11:00 a.m. at the Cozad Cemetery with Father Tim Stoner officiating. Visitation will be from 9:30 a.m. to 10:30 a.m. prior to service time at Berryman Funeral Home.